This web site is the result of a journey many of its visitors have taken. It is a story familiar to many, and a story yet to be lived by others. Survivingmold.com is a partnership between Dr. Shoemaker and one family who has been on the journey resulting from exposure and illness due to a water damaged building. The goal is to provide help for those who need it; information for those searching; and hope for those suffering. 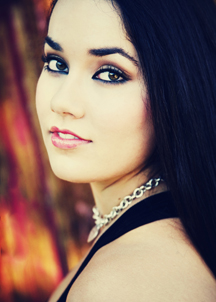 Paige Taylor entered her high school, Goddard High School in Roswell, New Mexico, the summer of 2007 with the goal of experiencing everything she possibly could as a high school student. She was a gifted student, talented athlete, accomplished musician, dancer, and just an all around excellent kid. She worked very hard in preparation for her upcoming atheltic activities, which required long hours in the gym over the summer. Paige began school in August of that year as a freshman - Goddard High School is a building that was constructed in the 60s, and many of the classrooms are underground. Paige had begun to have strange symptoms over the summer that escalated once school began. She had always been an extremely healthy child and never missed school - no asthma, allergies, etc.

Over the course of the semester, Paige's health drastically deteriorated. She had to stop playing soccer and basketball, she couldn't focus on her studies because she felt so badly at school, and no doctors could tell her family what was causing her illness. Finally, Paige had to leave school and go on the homebound program. Her parents took her to see several doctors, she endured extensive testing, but no one was able to tell this family why their child was so sick.

It finally became apparent that Paige's school was making her sick. Goddard High School is a water damaged building and has all of the mold and toxic contaminents present with such a building. The building had experienced continuous water intrusion since its construction in 1965. When the Roswell Independent School District was asked for help in finding answers for Paige, they refused. They said she was faking, there was no mold present at the school, and this was all in her head. The refusal to help this family finally prompted the Taylors to file a lawsuit against the school district. But, this was a different kind of lawsuit. The lawsuit was filed for the right to test the building properly at their own expense. The Taylors had offered numerous times to pay for testing in the building that would help get their daughter well, only to be repeatedly refused. When the lawsuit was filed, they didn't even know for sure what was making Paige sick. They were simply trying to find answers and get their daughter well. This family did not sue for monetary damages of any kind. Everything was done at their personal expense, and they never asked the school for a dime.

After a three and a half year long legal battle in which the Taylors were allowed to do limited testing by the courts, it was determined that Goddard High School is in fact contaminated with mold and other toxins. The evidence gathered in discovery was overwhelming, and levels seen were even shocking to the labs doing the testing. They had never seen levels this high in a building. A test group of 15 other students went through testing, and were proven to be extremely ill as well, exhibiting some of the highest inflammatory markers Dr. Shoemaker had ever observed. Numerous stories and testimonies developed from current students, former students, former teachers, etc. in illnesses that resulted from their time at Goddard High School.

Unfortunately, the school district delayed and continued fighting, refusing to help this family or acknowledge their problem. Since the lawsuit was for injunctive relief, the judge determined in October of 2010 that since the building could not be remediated before Paige graduated (was a senior, still in the homebound program), the litigation was moot. He told the school district they have a problem, and that it is their duty to address if for the safety of the students and staff in that building. So basically, the lawsuit was dismissed on a technicality. It was a very disappointing time for the Taylors and everyone who had worked so hard. The merits of the case were never heard.

The Taylors found Dr. Ritchie Shoemaker in January of 2009. He was the only doctor who had the answers they needed to help Paige. When Paige's dad called him, he empathized with the family and told him to "bring his princess to Maryland and let's get her well." And that is exactly what he did. He was to serve as the medical expert in the Taylor's lawsuit, and also Paige's medical doctor.

Paige still struggles today with the effects of Chronic Inflammatory Response Syndrome. She cannot be in a moldy building, or she reacts immediately. Her life has drastically changed. She no longer is able to participate in sports, or even go to school because of her sensitivity to mold.

However, Paige has not let it get her down. Her life was turned upside down. Her path has been forever changed. Most teenagers would be bitter and sad. Not Paige. She is looking foward to going to college and making a difference in the lives of others. Her only concern through the entire ordeal was for the other students. She never wants anyone to go through what she has.

By going through Dr. Shoemaker's treatment protocol, Paige is experiencing a quality life once again. Sure it is very different than she had planned - but today, she is able to dance, to get out of bed each day, exercise, and be a teenager. She has never given up hope and is looking to the future. She is an amazing young lady...

It is maddening when a person is vicitimized by something they never saw coming, and something that can be avoided by proper care and maintenance of buildings. There is nothing fair about it. When a life is forever changed, it is extremely hard to accept. However, do not let this illness destroy you! Don't lose hope and don't lose faith. The science is changing every single day, and a cure for this illness is coming. Stay strong and turn your experience into something positive, like Paige has.

Fast forward to 2013.........
Paige is now finishing her sophomore year at Texas Christian University in Ft Worth, Texas. She is majoring in Business and will soon be eligible to apply to the top ranked TCU Neeley School of Business.

Paige's journey has been a long and difficult one. She has managed to overcome severe medical obstacles placed in her path through the strict reliance on the Shoemaker Protocol. Paige is once again a vibrant young lady, in good health and tackling the world. Thanks to her faith, her positive attitude and the continuous care and treatment provided by Dr. Ritchie Shoemaker, she is living her life to the fullest.

She was invited to speak during Dr Shoemaker's appearance at the Gordon Medical Conference in California last year and is scheduled to attend Dr. Shoemaker's planned conferences this year. Recently, Paige spent the Christmas break traveling in Germany with friends.

It's been an extremely challenging six years for Paige. She didn't ask for any of it. Life altering on every front. Most happy to report, she is well. 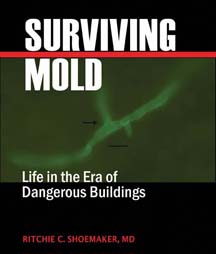 Even now, we try to outwit Nature by thinking that our homes, schools and workplaces will be safe if we site them foolishly, build them improperly or don’t maintain them correctly. We put ductwork into dark crawlspaces and wonder why our homes are full of microbial bioaerosols. We don’t install or repair roofs, windows, walls and plumbing correctly and ask, where did the moisture come from? Then we ask, where do all the sick people come from?

Surviving water-damaged, dangerous buildings begins with knowledge. It continues with understanding. It succeeds with compassion. Since we are all one under the color of our skins and our own faith, let us join as one to make our homes, our schools, our workplaces and ourselves safe. We cannot rest until all are safe.

We know that people sickened by water-damaged buildings must change their lifestyles or suffer the ever-expanding inflammatory effects of re-exposure to other WDB. If they don’t adapt, will they be able to out-compete others for survival? Surviving Mold warns that they won’t.

Stated simply: we must avoid creating a moist habitat in our constant 65-72 degree interiors. We already know that the ecology created by wetness indoors hurts people.

"There are so many variations on the theme of human suffering initiated by exposure to water-damaged buildings and each story I've heard is a little bit different. As I wrote this book in the summer of 2010, I have seen and treated well over 6,000 patients since 1998 with an illness caused by exposure to the interior environment of water-damaged buildings. Each patient has a syndrome that's readily identified by blood tests performed in standard medical labs and paid for by insurance companies. Each has a multi-system, multi-symptom illness and each can be helped with the protocols our group has published in refereed scientific journals, books and magazines.

Now that we know so much more about 'mold illness' than when my first book on this topic (Mold Warriors) was published in 2005, the goal of this book is not just to lead the way to the truth. Now the goal is to heal these patients of their incredible inflammatory injuries and to prevent subsequent relapse.

Surviving Mold is the beginning of what we'd all like to see: an illness defeated and lives restored, all over the world."